Kinetico Has the Mike Holmes Seal of Approval.
Learn More
Filter Delivery!
For your convenience, we can ship water softener and drinking water system filters to you.
Learn More
Introducing The Kinetico App!
Connect with Kinetico products, schedule service & more on your mobile device. Download the app today and get 10% OFF salt, filters or accessories.*
Learn More!
Join Our Email List!
Sign up today and receive discounts, special offers and more from Kinetico.
Sign Up!
Most Efficient Water Softener!
Others claim it, but we HAVE it! This is truly the world's most efficient water softener.
Learn More
Open House Savings Event
Join us for 3 days of savings from Thursday, August 26 to Saturday, August 28.
Learn More

Making a difference in Central Ohio through long-lasting partnerships.

**Our Salt & Accessories Sales are now 3 DAYS!**
Visit our Events Calendar for dates and times.

I have a Concern about: 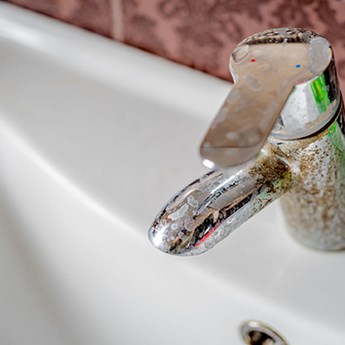 As water moves through soil and rock, it dissolves small amounts of naturally occurring minerals, specifically calcium and magnesium. These minerals make your water “hard,” which can be a nuisance throughout your home.

Hard water causes a chalky scale on faucets and showerheads, rough and dingy laundry, soap scum and rings in bathtubs and showers, dry skin and hair, cloudy-looking glasses, and a shortened life expectancy of water-using appliances due to scale buildup. Hard-water residue also makes it difficult to get soaps to lather when you bathe. 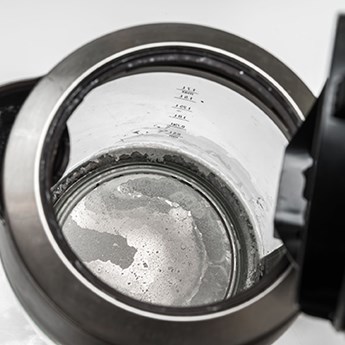 One of the most common causes of cloudy dishes and glassware is hard water. As water moves through soil and rock, it dissolves small amounts of naturally occurring minerals. These minerals make your water hard, which means it doesn't rinse as well as soft water, and can result in a film left on the dishes. The minerals in hard water can also dry onto the surface of glassware, creating a cloudy film. 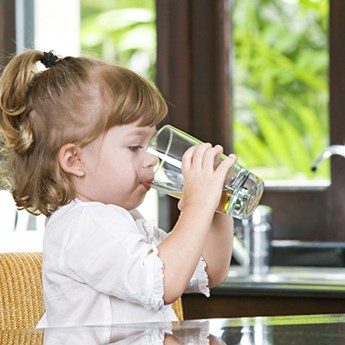 In its pristine state, water is colorless, tasteless and odorless. So, if your water tastes or smells funny, you owe it to yourself to find out why. If your water smells like rotten eggs, it could be hydrogen sulfide (sulfur). If your water has an unpleasant metallic taste, it indicates the presence of metals, such as iron, copper, manganese or zinc. If your water has an earthy or musty taste and odor, it’s generally associated with different forms of algae. 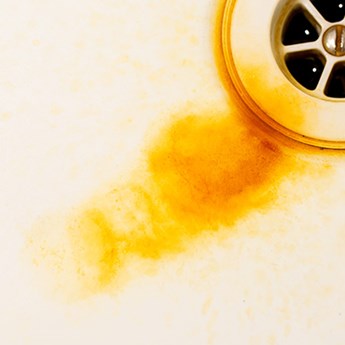 Brown, orange or rust-colored stains on sinks and plumbing fixtures generally indicate the presence of iron in the water. Other signs of iron are rusty deposits on clothes, a metallic taste or odor, and a reduction in water pressure from iron buildup. 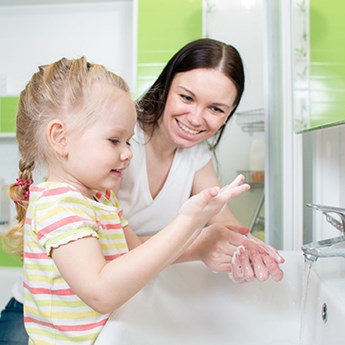 According to the Centers for Disease Control and Prevention, there could be as many as 12 million cases of waterborne acute gastrointestinal illness annually in the United States alone. These illnesses are frequently caused by bacteria, viruses and protozoa that make their way into the water supply. And unfortunately, these contaminants can survive in the environment for months. 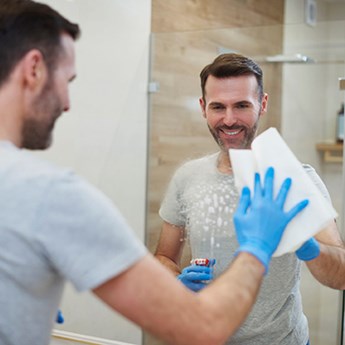 Soap scum is a white or gray filmy layer that can be found on showers, bathtubs, sinks, shower curtains, bathroom fixtures and even laundry. Soap scum forms when minerals in hard water combine with soap and dirt to create a layer of scaliness. The “scum” is what’s left over after the water drains. Those with hard water are much more likely to have soap scum buildup. It can be difficult to remove if left for too long, as soap scum continues to build up with continued exposure to soap and water. 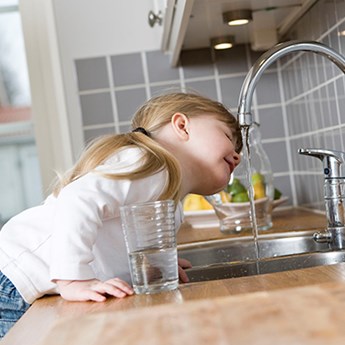 To kill harmful bacterial, chlorine is used at the treatment plant, and chlorine should remain in the water as it travels through the distribution system. Once the water reaches your home, the chlorine is no longer necessary.

Although chlorine is vital for stopping the spread of disease, its benefits come at a price. Chlorine tastes and smells bad. It dries skin and hair, fades clothes, and can dry out the rubber seals in appliances. 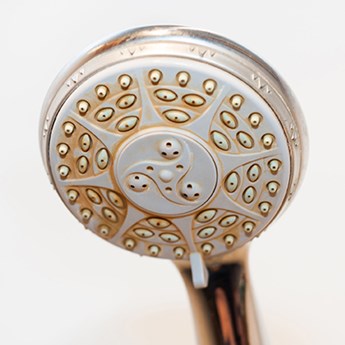 As water travels through the earth, it picks up minerals, like calcium and magnesium. When the water eventually enters your home and is heated, it forms a rock-like scale buildup. Scale is obvious on shower doors and fixtures, but it will also form in places you can’t see. Common problem areas include water pipes and hot-water-using appliances, such as your water heater and dishwasher. Homeowners frequently purchase expensive cleaners and chemicals to remove the scale, or chip away at it with sharp objects; however, they are often disappointed with the difficulty, expense and ineffectiveness of their efforts.

There are a variety of factors that can affect the water supply in your home. Well-water quality, possible contamination and an aging water distribution system are just some of them. Water quality varies from home to home, and there are noticeable differences in how the water tastes, smells, feels and works.

Some water problems are not as obvious as others. But in each case, to accurately diagnose your home’s water issues, we will need to investigate further and test your water.

OF KINETICO CUSTOMERS ARE EXTREMELY SATISFIED WITH THEIR KINETICO SYSTEM

KINETICO SYSTEMS ARE IN OPERATION. 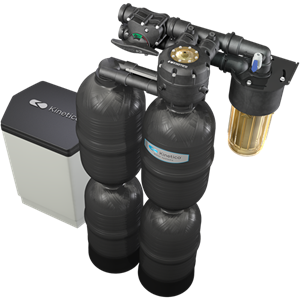 Whether you choose a twin-tank system or a more traditional approach, our systems deliver generous flow rates without forfeiting water softness.

Our systems monitor your water use and regenerate (clean) themselves only when necessary. This efficient approach saves salt, water and money.

Kinetico offers the longest and most complete warranties in the industry with coverage and inclusions you will not find from our competitors.

We’re all thinking about the quality of our water more than ever. That’s why Kinetico offers systems that significantly reduce more contaminants than other drinking water treatment units.

High-quality drinking water is dispensed via a dedicated, lead-free faucet right at your sink. Available in a variety of finishes to match your decor.

You can customize your drinking water system to meet the challenges you’re facing now or that you may encounter in the future.

Kinetico drinking water systems can be conveniently located out of the way—under your sink or some other location. They do not take up precious counter or refrigerator space, or attach clumsily to your faucet. 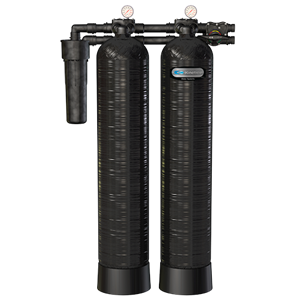 Systems are available with single or twin tanks depending on your needs and water concerns.

Protection You Can Trust

Kinetico offers the most dependable range of specialty filters to treat a variety of water concerns, including chlorine, arsenic, iron and a variety of others.

Our systems use proven science and proprietary media to effectively filter water with virtually no required maintenance. 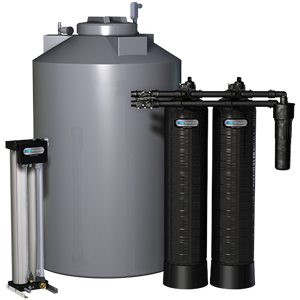 No electricity, salt or chemicals. 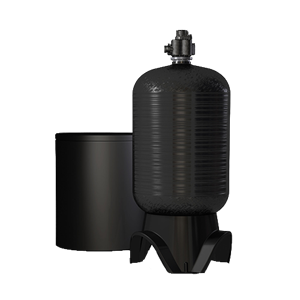 Our industrial-strength, non-electric commercial systems operate based on demand, lowering maintenance costs and saving you salt, water, money and time.

Our robust, reliable filters can be used either alone or with other products to ensure your business provides clean, usable water whenever your staff and customers need it.

Have You Tested Your Water?

Contact us today to schedule a free water test, and your local water expert will connect with you within 24 business hours.

Get a free quick quote

We’re ready to help you learn more about how a Kinetico water system can solve your home's water problems!

get A quick Quote 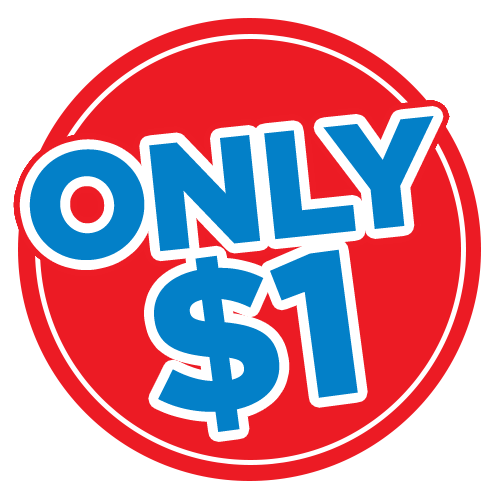 $1 Complete Water Softener Inspection Kinetico can perform a complete water softener inspection on ANY BRAND softener for ONLY $1! This offer is typically valued at $79.99! Learn More